Twelve Czech wonders of the world 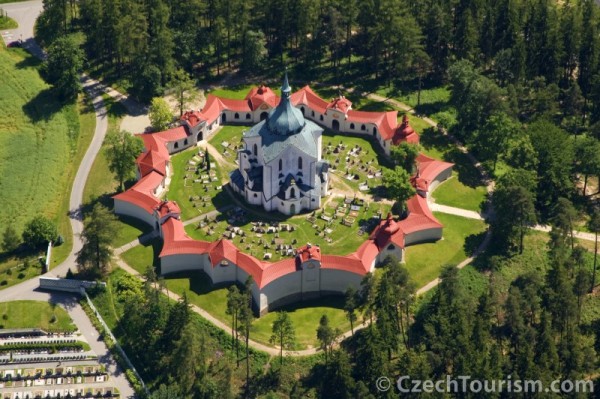 The Czech UNESCO heritage is an association of districts and town in the Czech Republic, whose territory contains monuments entered in the UNESCO World Cultural and Natural Heritage List.

By attributing the UNESCO symbol to a site, the entire world community is announcing: “Yes, this is something that is exceptional and unique in the world; it’s something that we undertake to protect for each other and in the interest of us all – the nations of the world.” In 1991 Czechoslovakia ratified the Convention Concerning the Protection of the World Cultural and Natural Heritage and since then a total of twelve sites in the Czech Republic have been inscribed in the World Heritage List. We can therefore proudly announce the Czech Republic to be a “UNESCO superpower”. We should add that UNESCO is the abbreviation of United Nations Educational, Scientific and Cultural Organization.

The Tugendhat Villa, built in 1929 – 1930 in Brno, is one of the most important examples of the functionalist style in the European period of the architect Ludwig Mies van der Rohe. Using a steel frame without load-bearing walls allowed the architect to create the new and informal concept of an open and variable space that is linked with its natural surroundings. Read more here

The castle complex with its unique baroque theatre, the meander in the River Vltava, the city arms with its five-leaved rose, medieval streets and stone townhouses. This is Český Krumlov – a cosmopolitan city with a unique atmosphere. Read more here

Holašovice is an exceptionally well-preserved example of a traditional Central European village. A number of high-quality village buildings from the 18th and 19th centuries in a style known as „South Bohemian Folk Baroque“ have been preserved on a ground plan that dates from the middle ages. Read more here

The castle was built on earlier foundations in the 17th century and represents a uniquely-preserved Central European baroque princely residence. Its neighbouring gardens include the Podzamecká garden under the castle in a natural English-style landscape and the early baroque Flower Gardens. Reade more here

Ever since the end of the 13th century the history of Kutná Hora has been inseparably linked to the mining of silver ore. The historical centre is an architectural jewel of European importance, and the late gothic Church of St. Barbora and the Cathedral of Our Lady in Sedlec, rebuilt in the baroque gothic style, create a notional entrance gateway to the royal mining city. Read more here

The Lednice-Valtice Cultural Landscape is spread over the site of a mighty 12th century border castle. Today it is the home of a romantic château, a picturesque village and in particular a jewel of landscape architecture of unprecedented proportions. The area, measuring almost 300 km2, is the result of landscaping based on English parks, and thanks to this baroque architecture meets the neo-gothic château and small follies in the romantic style. Read more here

The renaissance castle from the second half of the 16th century is an excellent example of an arcade castle based on an Italianate style. Despite reconstruction of the interior at the end of the 18th century, outwardly it has retained an almost unadulterated renaissance appearance, including the unique sgrafitto facades and gables. A number of commercial buildings and a garden have also been preserved. Read more here

This memorial column, erected in the early years of the 18th century, is the most outstanding example of a type of monument specific to central Europe. In the characteristic regional style known as ‘Olomouc Baroque’ and rising to a height of 35 m, it is decorated with many fine religious sculptures, the work of the distinguished Moravian artist Ondřej Zahner. Read more here

Each part of the capital city of the Czech Lands – the Lesser Town, the Castle District, the Old and New Towns, was developed from the 10th century onwards. As well as Prague Castle, the Cathedral of St. Vitus and Charles Bridge, many churches and palaces were also constructed which together form a magnificent architectural, artistic and spiritual ensemble. Read more here

Třebíč | The Jewish Quarter and the Basilica of St. Procopius

The ensemble of the Jewish Quarter and the Basilica is a unique example of the close co-existence of Christian and Jewish culture from the Middle Ages until the 20th century. The Basilica of St. Procopius. Originally built as part of the Benedictine monastery in the early 13th century, it was influenced by Western European ideas in its construction. Read more here

The pilgrimage church, dedicated to St. John of Nepomuk, was built in the early 1820s. It is the finest work of the architect Jan Blažej Santini and is the most original example of the so-called baroque gothic style. It was built on a five-pointed star plan and is surrounded by a cemetery and cloisters. Read more here