Opera in the Czech Republic 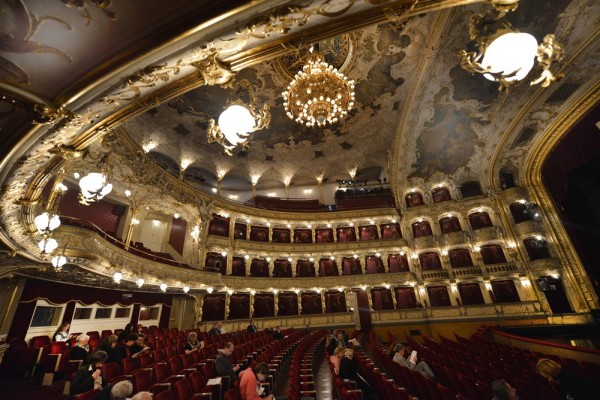 There are 10 professional opera theatres with a permanent cast in the Czech Republic. Compared with the number of inhabitants and the territory, it is the densest network of opera theatres in the EU.

One of the most significant European music theatres was founded in 1888. From 2012, it has formed a part of the National Theatre. The repertoire of the State Opera is classical, dominated by the works of Verdi, Mozart, Bizet, Puccini and other famous music composers. Many artists of world-wide significance have performed here, including Gustav Mahler, Georg Széll, Alexander Zemlinsky, Richard Strauss, Enrico Caruso, Eva Urbanová and many others.

The opera is one of the four artistic groups that form the National Theatre (Opera, Drama, Ballet, Laterna Magika). The repertoire of the opera artistic group of the National Theatre features both classical and modern operas composed by Czech and foreign composers. The opera of the National Theatre has collaborated with many prominent personalities in the world of music, such as composers Bedřich Smetana, Antonín Dvořák, Leoš Janáček, Bohuslav Martinů, conductors Václav Talich, Zdeněk Chalabala, Jaroslav Kromholec, Zdeněk Košler, singers Vilém Zítek, Emil Pollert, Otakar Mařák, Beno Blachut, Eduard Haken, Růžena Maturová, Ema Destinnová, Jarmila Novotná and many others.

The opera theatre in Brno, together with the Mahen Theatre and Reduta Theatre, come under the Brno National Theatre. The repertoire of the Janáček Theatre includes classical operas from prominent world music composers. The programme also offers operas composed by Czechs, especially Leoš Janáček and Bohuslav Martinů.

The permanent professional opera group was created as part of the National Moravian-Silesian Theatre in Ostrava in 1919. Throughout its time many significant personalities have been in charge of the local opera, such as Emanuel Bastl, Jaroslav Vogel, Zdeněk Chalabala, Rudolf Vašata, Bohumil Gregor, Zdeněk Košler, Jiří Pinkas and others.