Magni Tours > Blog > Music treasures of the past

Music treasures of the past 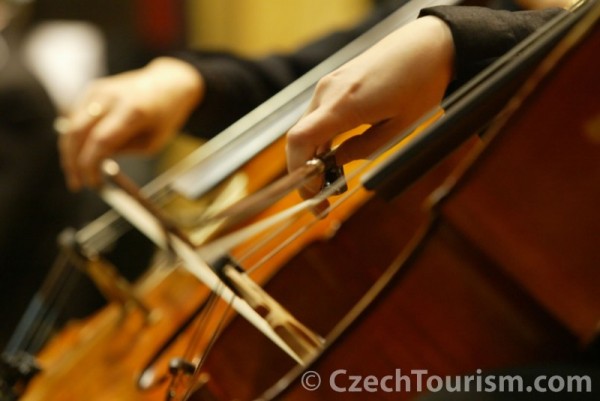 Music has always been a natural part of life in the Czech Republic. The Czechs have maintained their position among the top musicians in the world. That might be the reason why the first steps of man on the moon were accompanied by the music of Czech composer Antonín Dvořák.

The ninth and 10th centuries: A period of Christianization

Through missions (first in the form of Irish-Scottish and Anglo-Saxon missionaries followed by Byzantine missionaries and eventually missionaries from Passau, Salzburg and the Regensburg bishopric), the Christian church service came to the Czech lands, and choral singing and notation came with it. The chorale was sung at daily liturgies. Outside the church it resonated during important processions, funerals and at the enthronement of princes, i.e. at ceremonies consecrated by the clergy.

The 11th and 12th centuries

In this period, a much wider base for practicing liturgical singing was to be found here. The pupils of the schools enriched church singing with soprano and alto voices. The basis of the repertoire comprised songs of foreign provenance that circulated all over Europe. However, original works also appeared.

The production of religious plays is documented from the start of the 11th century. The cult of St. Wenceslas was also related to the growing popularity of the spiritual song Svatý Václave (Saint Wenceslas). An even older song, Hospodine, pomiluj ny (Lord Have Mercy Upon Us, from the beginning of the 11th century) played a similar role.

Music during the reign of Charles IV

Church singers began appearing from the middle of the 13th century, who were trained and paid specialists. The repertoire of liturgical and extra-liturgical spiritual music grew quickly thanks to continuous contact with the surrounding world and local works.

The first songwriters who came out of anonymity were the archbishop Jan of Jenstejn and the Dominican Domaslav. At this time, Czechs became acquainted with polyphony (music for several voices, influenced by France). Anonymous polyphonic works appeared, which had characteristic Central European features.

Besides churches, schools were particularly important for the culture of cities. Students had to be able to master the seven free arts, which included tuition on music and art. Tracts written in verse on music, which were used for study, contained a presentation of musical score and descriptions of the main forms of polyphony at that time.

By the second half of the 14th century, particularly after the establishment of Charles University in Prague, Bohemia already belonged among the most important centers of musical culture, from where new work spread to surrounding countries.

The Reformation, the Hussite and post-Hussite era

The decline in the population and the economic impoverishment of the country (which began to be comparable to the Jagiellon era) meant that musical events were restricted, at least until the end of the 15th century. What was even worse was that the country became culturally isolated to a considerable extent.

The evolution of court orchestras, which were the main vehicle for the development of European polyphony in the 15th and 16th centuries, was restricted for a time.

The most important genre of the era became the Czech (or sometimes even Latin) spiritual song. An abundant output of religious polemic songs flourished from the start of the Hussite movement. Special songs evolved for pilgrimages to mountains of religious or national significance, as did a new type of religious war song, e.g. Ktož sú Boží bojovníci (Ye Who Are Warriors of God), Povstaň, povstaň, veliké město Pražské (Arise, Arise, Great City of Prague!).

The church service in the national language came into being at Prague’s Bethlehem Chapel in 1417. An even more radical variant was the Tábor mass, in which spiritual songs sung by the public completely replaced the chorale.

The names that predominate from those that have been preserved in our musical memories are the composers Jiří Rychnovský, Jan Trojan Turnovský, and of course, the most prominent figure, Kryštof Harant of Polžice (1564–1621), who was a notable late-polyphonic composer and tragic representative of the Bohemian Estates Revolt.

Of the orchestras retained by noblemen, the Emperor Rudolph II’s group was particularly renowned. It was one of the biggest and most important musical court ensembles in Europe at that time. The orchestra’s activity was tied to church services in St Vitus’ Cathedral and in the castle’s All Saints’ Church. The Prague Castle of the Rudolphine era became the center of the perfect musical art and an example for all of Europe.

In the course of several decades after 1648, music in the Czech lands made up for the setbacks caused by the Thirty Years.

The seats of the country nobility were important centers of music. The role played by monastic seminaries, Jesuit, Piarist and Minorite colleges as well as monastic foundations (schools) was no less significant. A specific feature of the Czech lands at the end of the 17th century was a predilection for lute playing.

The musical language of early Czech classicism was influenced by Neapolitan operas, which were played at that time in the Czech lands by Italian opera societies. These influences intermingled with the influence of music from the popular classes.

During the 18th century, however, the power and wealth of the nobility began to decline. As a result, most of the aristocratic court orchestras disappeared. For the church, the reforms of Empress Maria Theresa and Emperor Joseph II impacted everything heavily.

All these changes accelerated the development of public concerts and municipal operas. The deterioration of conditions engendered the departure of Czech musicians to foreign countries. They acquitted themselves well in Vienna, Paris, in the German lands, in Poland and Russia, and even in Italy, where competition among musicians was very high.

The 19th century: The National Revival

The enthusiasm derived from Mozart’s music still prevailed in the Czech lands at the start of the 19th century. The popularity of compositions written in the spirit of Mozart hindered further musical development. Classicist music resonated far into the 19th century.

Music was looked to for support of the national idea . Composers reacted to this with the use of melody patterns from Czech folklore and by choosing themes from the Czech folk milieu and history. Music associations were established in the 1840s (e.g. the Hlahol singing society), which were devoted to patriotic music.

František Škroup’s Singspiel Fidlovačka is worth mentioning: The first verse of the song Kde domov můj (Where Is My Home) was adopted as the Czech national anthem).

The 1860s can be considered a turning point. This was when the works of the Czech nation suddenly assumed standards that were of international quality (Smetana, Dvořák, Fibich ).

Up to the end of the 19th century, Prague did not have a permanent orchestra; therefore, putting on large-scale compositions was quite problematic. The quality of Czech musical life grew enormously after 1896 with the establishment of the Czech Philharmonic.

Most important exponents of the 19th century

Bedřich Smetana (1824-84) – a music composer who remained active even after losing his hearing in 1874. At this time, his celebrated cycle of symphonic poems Má vlast (My Country) was written. Smetana supplied the individual poems with the interpretation of a theme. Vyšehrad, Šárka and Tábor comprise a view of the past, while Vltava, Z českých luhů a hájů (From Bohemia’s Meadows and Fields) and Blaník reflect the current tone of society and potentially provide a vision of the future. The poems, which always correspond to each other in pairs, thus divide the cycle into three parts. Smetana wrote annotations on the illustration of the musical action directly into the score.

Antonín Dvořák (1841-1904) – he became director of the conservatory in New York City in 1892, and subsequently also became director of the conservatory in Prague several years later. He became extremely famous during his stay in the United States. He won a number of important awards and honorary doctorates. He spent the last years of life in his own country as director of the Prague conservatory. Dvořák’s work is very extensive. Symphonic music is his domain. He wrote many symphonic poems, a portion of which were inspired by Kytice (The Bouquet) written by the poet Karel Jaromír Erben. His two sets of Slavonic Dances are even more celebrated. Originally, the cycle of dances for piano for four hands was written, at the instigation Dvořák soon orchestrated them for a symphonic orchestra. A trio of world-renowned compositions also comprises the concertos in A major for violin, in B major for cello and in G major for piano. Of course, his Ninth Symphony also belongs in this company. Dvořák wrote 10 operas for the stage, the most successful of these to this day is Rusálka.